Preferring sandy flats and seagrass beds, this benthic ray can be found from close to shore to a depth of at least 150 m (490 ft), and tends to occur deeper in the northern portion of its range. Reaching a length of 57 cm (22 in), this species has a broad, diamond-shaped pectoral fin disc that is typically plain gray in color above with a V-shaped marking between the eyes.

Individuals from southerly waters also generally exhibit a smattering of small, dark-edged white spots. This ray is further characterized by a distinctively bell-shaped curtain of skin between the nostrils. Its tail has a skin fold running along either side and a leaf-shaped caudal fin, but no dorsal fin. 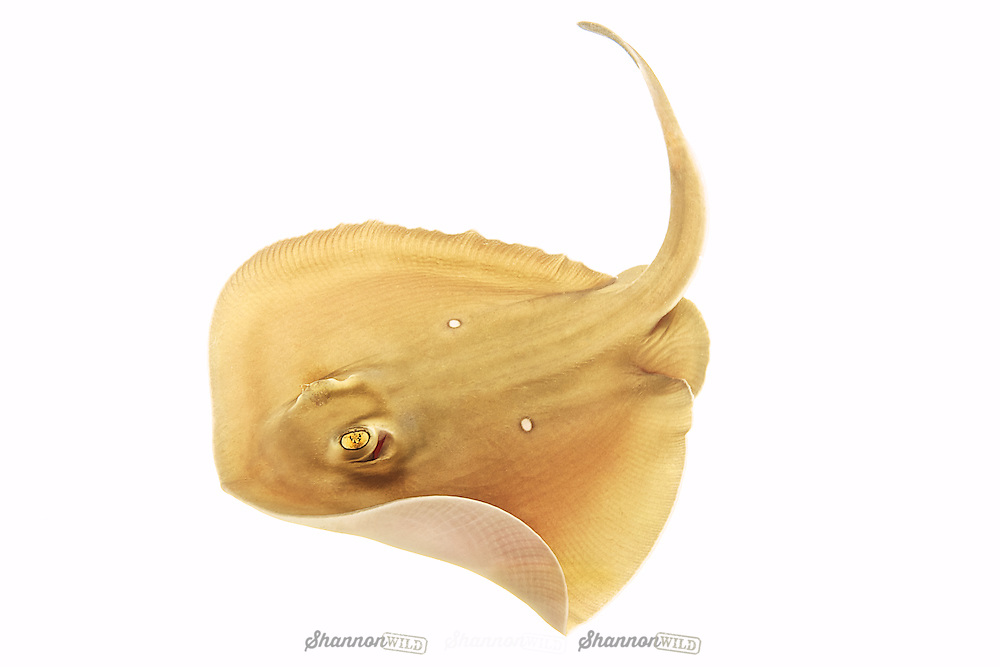