The black mamba (Dendroaspis polylepis) is a species of venomous snake belonging to the family Elapidae. It is native to parts of sub-Saharan Africa.
It is the second-longest venomous snake after the king cobra; mature specimens generally exceed 2 m (6 ft 7 in) and commonly grow to 3 m (9 ft 10 in).

The species is both terrestrial and arboreal; it inhabits savannah, woodland, rocky slopes and in some regions, dense forest.
It is diurnal and is known to prey on birds and small mammals.
Over suitable surfaces, it can move at speeds up to 16 km/h (10 mph) for short distances.
Adult black mambas have few natural predators.

Its venom is primarily composed of neurotoxins that often induce symptoms within ten minutes, and is frequently fatal unless antivenom is administered. 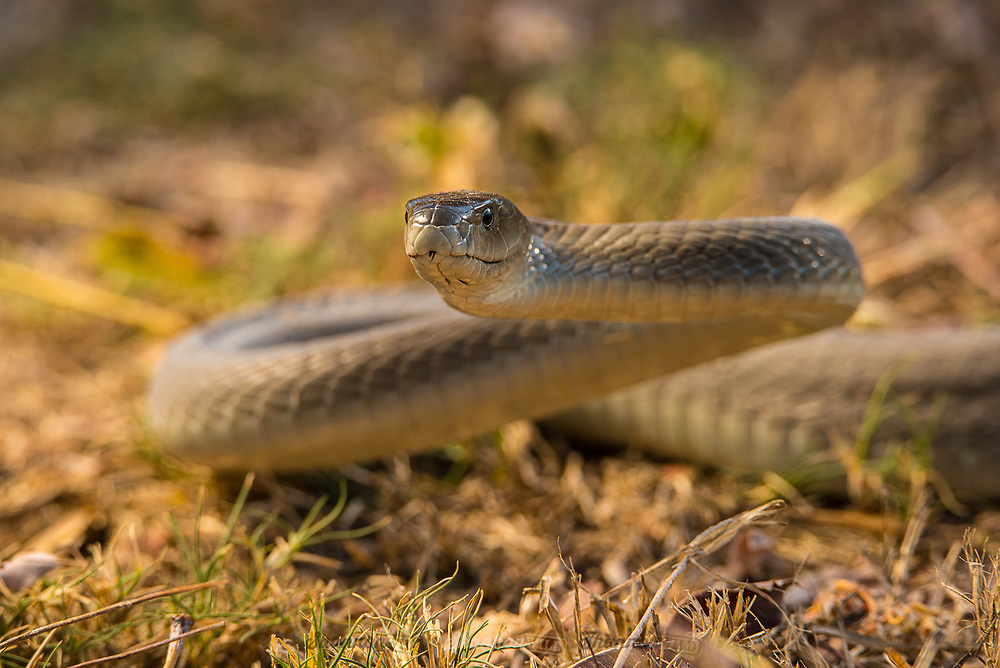